Early Saturday morning a journey to the west coast began. The only part of the west coast of Haida Gwaii accessible by car is Rennell Sound. I have been there a few times. It is beautiful, to be sure, but I was more than ready for something fresh. This journey was to be by kayak.

We loaded up with five days of food on what was planned to be a four day trip – the weather can change quickly here – especially on the west coast. The destination: the Haida village of Cha’atl. In rough english phonetics it is pronounced “chawth”. The last two letters form a sound not found in english. For those familiar with Welsh, it is similar to the sound made by a double L.

A map of the first day’s travels is here:
http://goo.gl/maps/9s2kZ

I have included a marker at pretty much all the places I peed. Also assume I peed anywhere marked as a stop for other reasons. This is how happy I look after taking a pee. 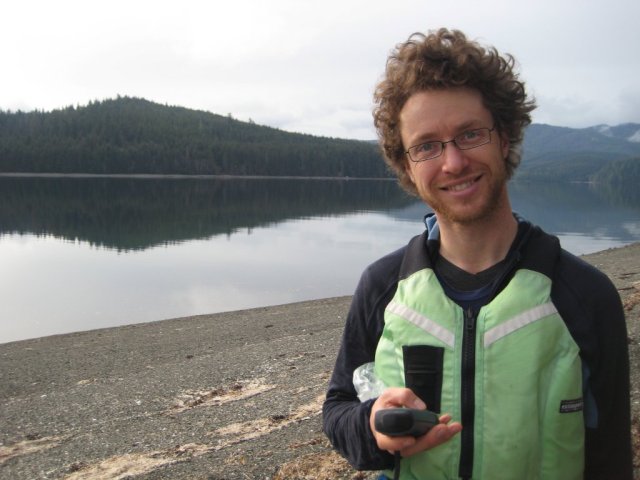 We saw a black bear on the north bank of the narrows – between pee stop 1 and 2. The bears here are endemic. That is a new word I learned. It means the bear species is unique to this location. It is unusually big, has an oversized head, and extra large teeth. Basically it can fuck shit up. The overly powerful face is attributed to a seafood diet that includes chewing through clamshells. Godless killing machines.

We paddled thirty some odd kilometres and then set up camp. It looked like this.

Then it was time to have a fire. This is what I look like when I am gathering firewood.

don’t be a stick in the mud

Then it was sleep time.

This entry was posted in Adventures, Haida Gwaii and tagged Chaatl, kayaking, Tess. Bookmark the permalink.