I learned my age while I was in Toronto.

While riding in a taxi with Sean and Jess, we were discussing the recoloured decrepitude that comes with extreme old age. I commented that I had, heretofore, seemingly managed to not gain any grey hairs, despite many of my younger friends beginning to accrue them. Jess thought she could see one.

I have checked and found three. I decided to collect one as an evidence specimen so now I have only (at least) two. Clearly this is, for the time being, a renewable resource. I feel no hesitation harvesting this sample. 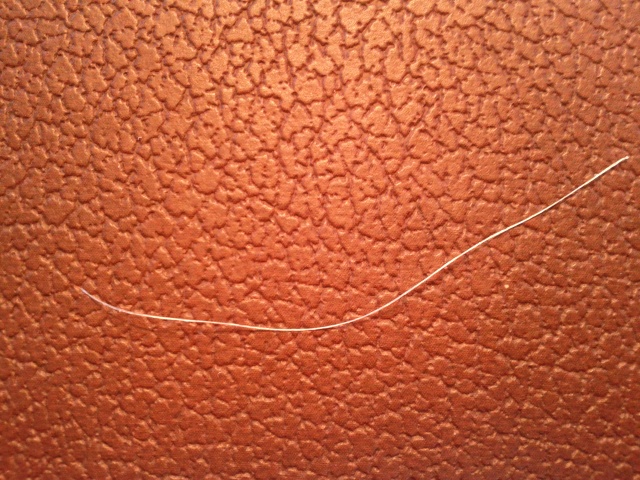 As long as my beard starts in on the game before my hair quits, I stand a chance at living my dream of going as santa for halloween.

This entry was posted in Ramble and tagged decrepitly enfeebled, grey hair, old. Bookmark the permalink.