A new day in Amsterdam led to new discoveries. We visited the
Rijksmuseum but were unable to tell if it was commemorating the first or second Rijks. Clearly not the third though.

We found a boat for hire. 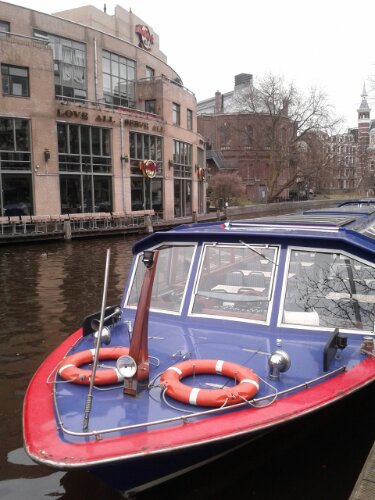 I also took a photo of a funny looking tourist.

We cruised by many marvels of Amsterdam, including a former jewel: the Anne Frank house. 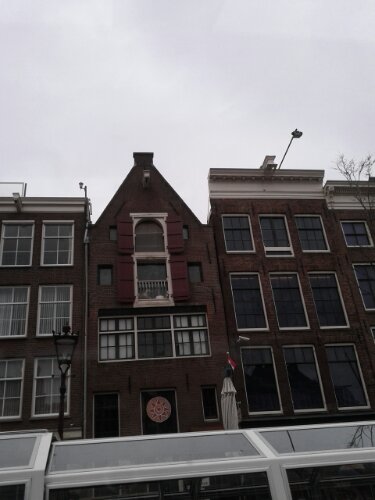 Shortly after we discovered either a 2-D death star impression or an attempt to compete with Sudbury by crafting the world second largest nickel.

No trip to the Netherlands would be complete without a dutch rudder. 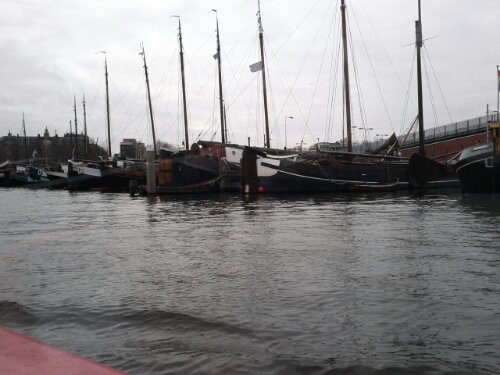 Eventually we wanted to ride the tram, commencing our journey back to the home of Jillie. Unfortunately our Dutch tram ran on a German version of Microsoft windows that crashed and was waiting for someone to press “Strg-Alt-Entf”. 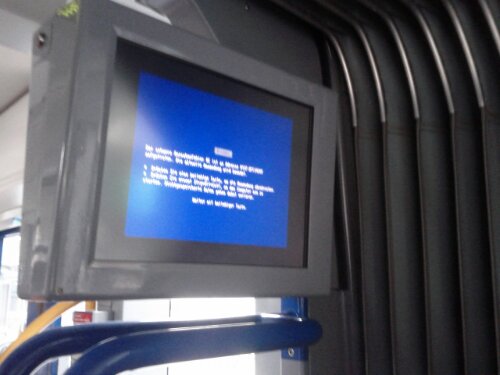 This entry was posted in Adventures and tagged Amsterdam, Dutch rudder, Netherlands, Theo. Bookmark the permalink.