This weekend I went climbing with five friends in the Cheakamus gorge between Squamish and Whistler. It was a super beautiful location with super rad people on a magnificent day. Eric is visiting from Switzerland and this seemed a great opportunity for him to give multi-pitch climbing a try for the first time.

The approach down from highway 99 took us across a talus slope toward the Cheakamus river. It was no match for our brawn.

It was four pitches of mostly arête climbing (an outward facing corner). I led the first pitch and then Eric led the following three. 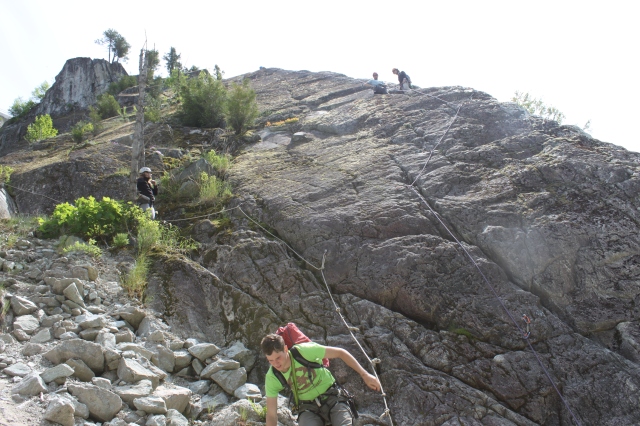 An experimental panorama using my phones built-in thinger. Panning is from my left, down past my feet, and then up to my right from the second belay ledge. Dave and Ross are on the first ledge while Phil and Alice get ready to start climbing.

A non-pano view from the same spot. 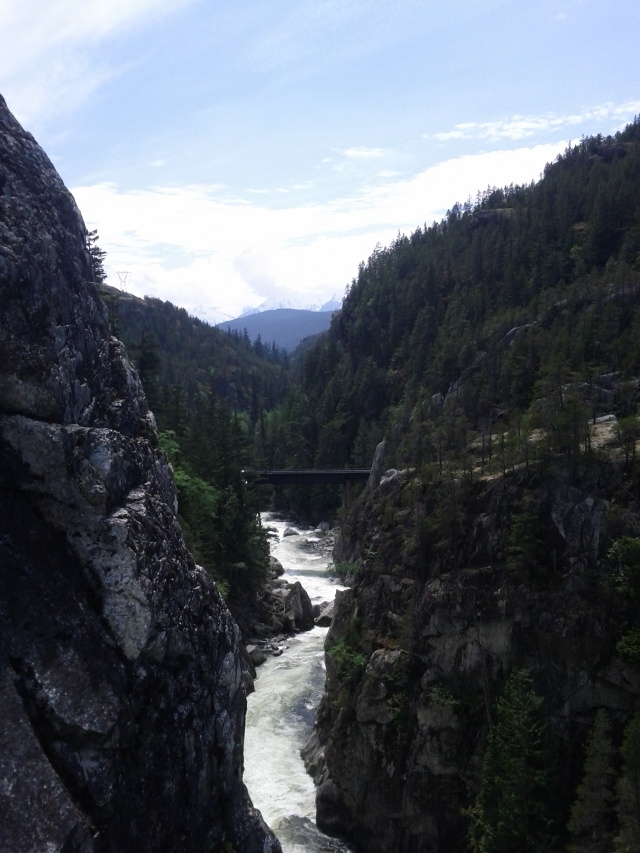 view down the gorge